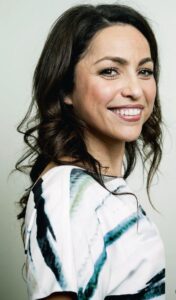 Dr Eva Carneiro is a Consultant in Sports and Exercise Medicine working at The Sports Medical Group London. She was one of the first eight pioneering doctors recruited nationally to the UK Sports and Exercise Medicine Specialist Training Programme. She worked in the New South Wales Institute of Sport in Sydney and at the Olympic Medical Institute, London in the build up to the Beijing Olympics. She completed her research in Football Hydration for her master’s degree in Sports Medicine at West Ham United. She worked at Chelsea Football Club from 2009-2015. During her four seasons as First Team doctor the team was successful in winning Champions league, Premier league, Europa league, FA Cup and League Cup titles. During her six and half years with the team she worked with a total of seven elite international football managers. She is the first woman to sit on a team bench pitch-side in Champions League, Premier League, and Europa League competitions and the only woman to become Assistant Medical Director in a football club in the UK. She is a mentor for The True Athlete Project and a clinical advisor for TRR Nutrition.